Since a week or so a new Dutch version of some ransomware malware is active in the Netherlands. This malware claims to be from The Buma Stemra, but of course has nothing to do with the real Buma Stemra.Â  The malware successfully takes over the system by replacing the start of explorer.exe with itself, so as soon as the system starts the malware will be loaded instead of the normal Windows environment. The malware further disables editing the registry, accessing the task manager and getting access to the system in any way. When infected with the malware you can not access your own system anymore, the only thing the system will do is show the screen below.

Some news coverage of this malware can be found on WebWereld and a nice overview of how to get rid of this malware can be found on pcwebplus.nl. The approach onÂ pcwebplus.nl includes starting your system from the Kaspersky boot CD, which is a good approach, but it needs you to be able to download this boot CD and be able to burn it. The approach described in this article is mostly based on the approach described on the pcwebplus.nl website, but it shows a way of cleaning your system without having to boot from a boot CD. This approach has been tested on Windows XP, the approach for Windows 7 can be found here. At the end of this page there is a video showing all the steps.

To be able to break out of the malware’s grip we will need to get access to some kind of explorer window. One approach to do this is to get access to a print pop-up. This can be done by pressing Ctrl-P or by selecting some text and pressing the right mouse button, the pop-up will then show the option to print the selected text. In the print pop-up we can select the print to file option, [press print] which then opens an explorer window. The Ctrl-P option might take a while to load and pressing it a couple of times won’t hurt, but the selecting text option seems to work a bit better.

The following screenshots show the steps to take. 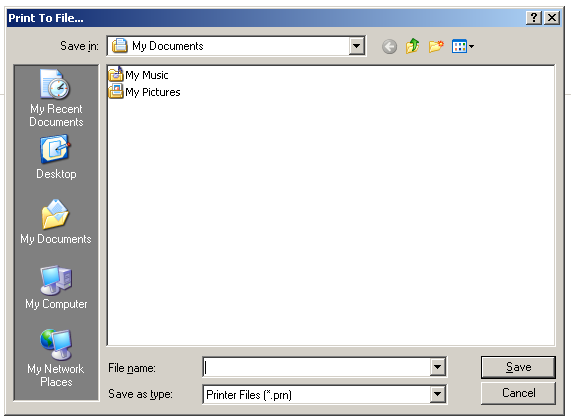 Since we do not have access to the Shutdown controls you need to hold the power button of the system for 7 seconds to turn it off. Then turn the machine back on.

The following screenshots provide some more information to the above named steps. 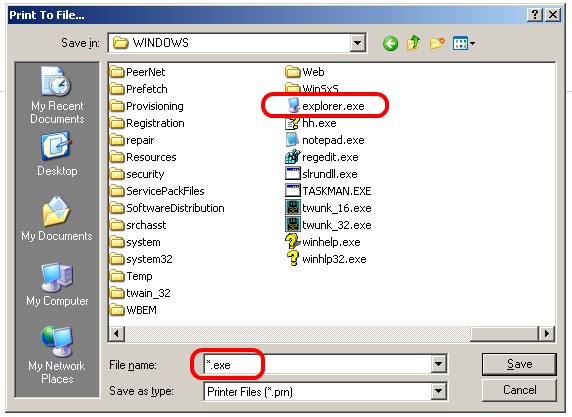 After the reboot we get some slightly less crippled access to the system. However there are still quite some steps to be taken before we can start using Windows normally again. The next step is to enable us to access the Registry again. The malware blocks access to RegEdit and thus also does not allow us to run .reg files, to enable RegEdit again we need access to the Registry so it seems we are stuck here. However, it seems we can access the Registry from other programs or scripts. To enable RegEdit again we will create a small VBS script which changes the registry where RegEdit is blocked. The steps to do this are:

The following screenshots provide some more information to the above named steps. 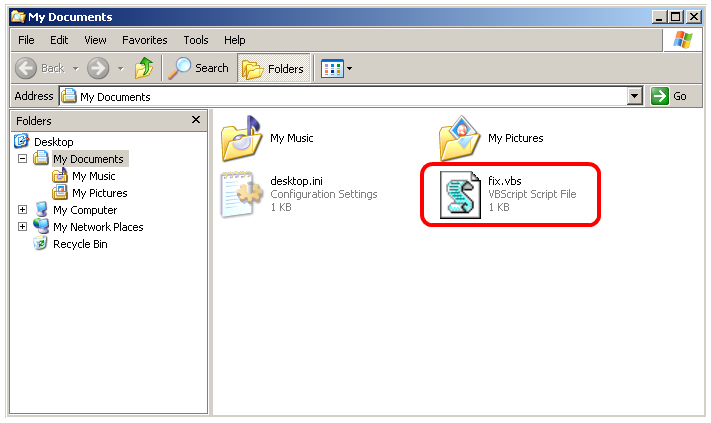 After running the VBS file we can access the Registry again with RegEdit. You can start RegEdit by browsing to the C:\Windows directory and double clicking regedit.exe

Then CHANGE the following keys:

Change the value of “Shell” to “Explorer.exe”

After all these changes reboot the system, this can be done by bringing up the Task Manager (which has now been enabled again) with Ctrl-Shift-Esc and then choose Shutdown and then Restart.

After the reboot you got full access to the system again, however your Desktop will still be empty, to get the Desktop items back click the right mouse button on the desktop and select Arrange Icons By and then Show Desktop Icons.

The next thing to do is scan your whole system for any remaining malware. Microsoft Security Essentials for example recognizes this specific malware since March 2, 2012, so it should be able to remove the malware files. I would still recommend to do a full reinstall of the system after you recovered all your data, malware often does not come alone. Since the malware might have infected your system by a Drive-By Download it makes sense to make sure all your software is up to date (pay special attention to Windows Update, Adobe Flash, Adobe PDF Reader and Java). This might also be a good moment to start thinking about creating some backups 😉

Video of the whole process

It seems that the malware is now targeting other countries as well besides the Netherlands, it now also fakes to be from the following parties: